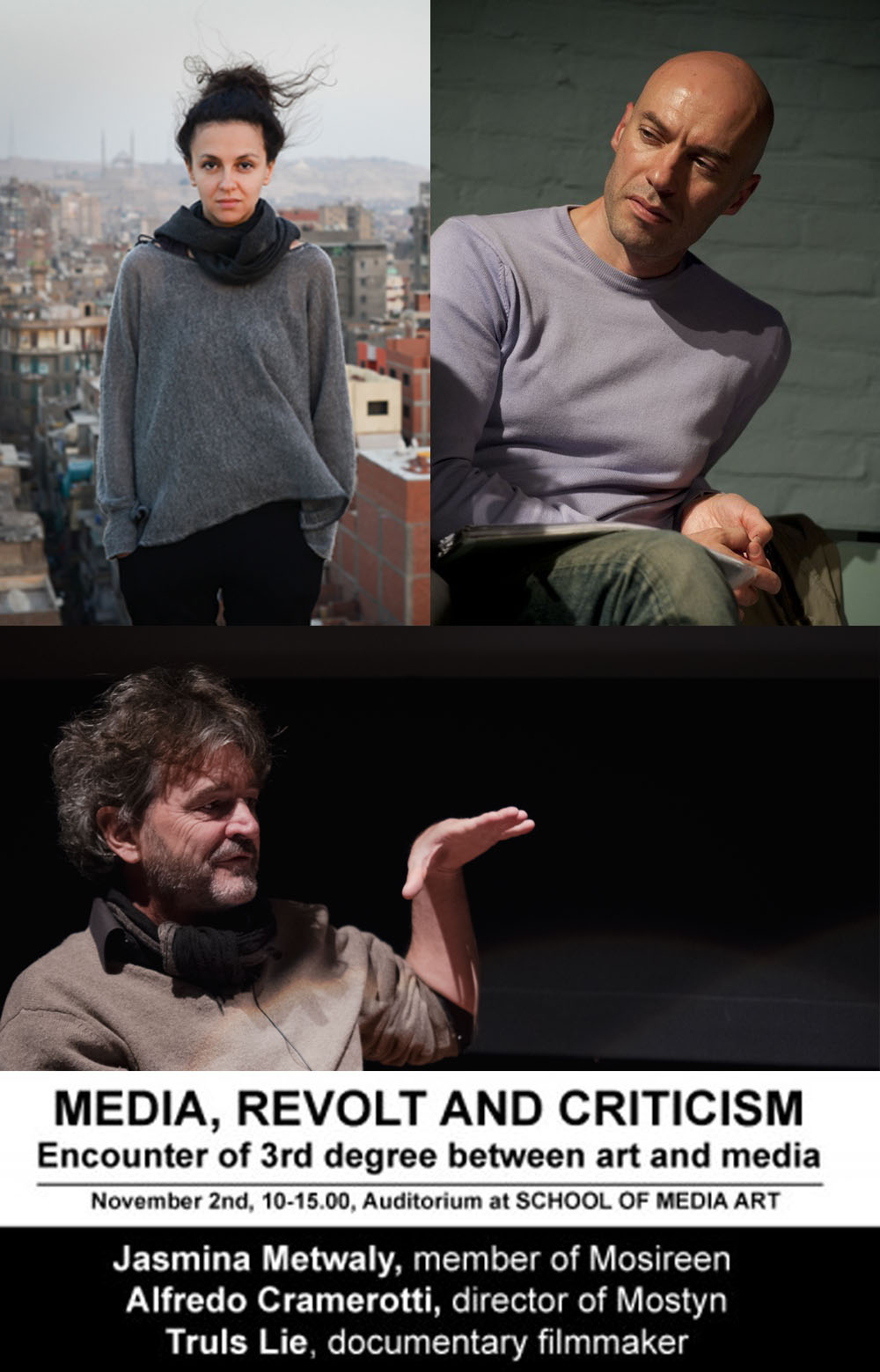 About the seminar: Globally we are being confronted with new encounters between visual art and information practices. In urgent and tense situations like the Arab Spring the moving images become important means of communication, especially because of their manipulative nature.  During the Arab Spring we have seen examples of political activists, as well as independent artists and even common people using video. Video is often used as proof material on what has happened, activating immediately a questions about who owns the truth. In the case of the Arab Spring, we have experienced empowerment of citizen journalism and production of truth, being moved from the state controlled authority to the people.  The image is more then a medium and acts as the necessary passage from revolt to critical perspectives.

10-10.45 Jasmina Metwaly artist and member of Mosireen collective in Cairo.Mosireen collective is an example of independent citizen journalism that is very necessary in a society with highly manipulated news. Mosireen collective has succeeded in building up an archive of visual and other documents dealing with the revolution in Egypt. The strength of this work is its transversal character. Jasmina will focus on urban rank and file with a camera, who are moving around in a social and economical landscape beyond traditional class frontiers. 10.45-11.00 Questions

11-11.45 Alfredo Cramerotti, Director of Mostyn, Wales’ Contemporary art Centre and writer of the book Aesthetic Journalism: How to Inform without Informing, on how the artist can find ways not only to ‘import’ journalism into art, but also re-insert an artistic approach into the information industry. Alfredo will reflect on the concept of public opinion. Does it work as an aggregate and is it open to critical understanding? 11.45-12.00 Questions

In connection to her visit in Copenhagen, Jasmina Metwaly from Mosireen Collective is also giving a presentation November 1st at PUBLIC

This seminar is the 2nd part of Arab Spring art seminar at The Royal Danish Academy of Fine Arts, that started in October 2011.

The next seminar will take place December 14, 2012 including presentations by: Seamus Kealy, museum director at The Model, Aida Eltorie from Finding Projects Association and visual artist Rabih Mroue.