Debate led by Zlatko Jovanović with focus on “The Balkans: locality, trope, imagination” 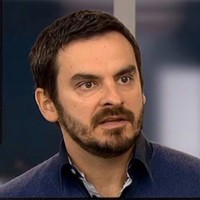 Zlatko Jovanović (*1972) holds a PhD (2014) in History from University of Copenhagen. He has published on the topics of popular culture, (anti)nationalism and identity-formation in Socialist Yugoslavia and its successor states and has taught history at the universities of Copenhagen and Aarhus in Denmark. In 2016, he was a Guest Scholar at the Centre for Russian, East European, and Eurasian Studies at the University of Michigan. His recent research, part of ‘The Many Roads in Modernity’ research project at the University of Copenhagen, is forthcoming in the monograph Sarajevo 1984: How the Olympics Changed a City. Zlatko is active in civil society and works for ‘Democracy in Europe Organisation (DEO)’, covering the countries in Southeastern Europe.

Zlatko Jovanović will lead the debate on Tuesday, August 20th from 15.45-16.45 during the seminar “Looking for another space of belonging”